Stand Unitarian Chapel manage the latest site in Incredible Edible Prestwich & District. They started from scratch 11 months ago and this is what their project co-ordinator, Shammy Webster, said,

“We officially opened on 1st April 2021, on the field behind Stand Unitarian Chapel. Our intention was to grow food for those in need, and we forged a partnership with the Bury branch of Home-Start in order for any produce to be distributed quickly.

For the first few weeks the only participants were members of the chapel congregation. We started with a small grant from the local councillor, which purchased two large planters. None of us knew what we were doing, but we all had the ambition of wanting to achieve something, and that is what has motivated us over the year. 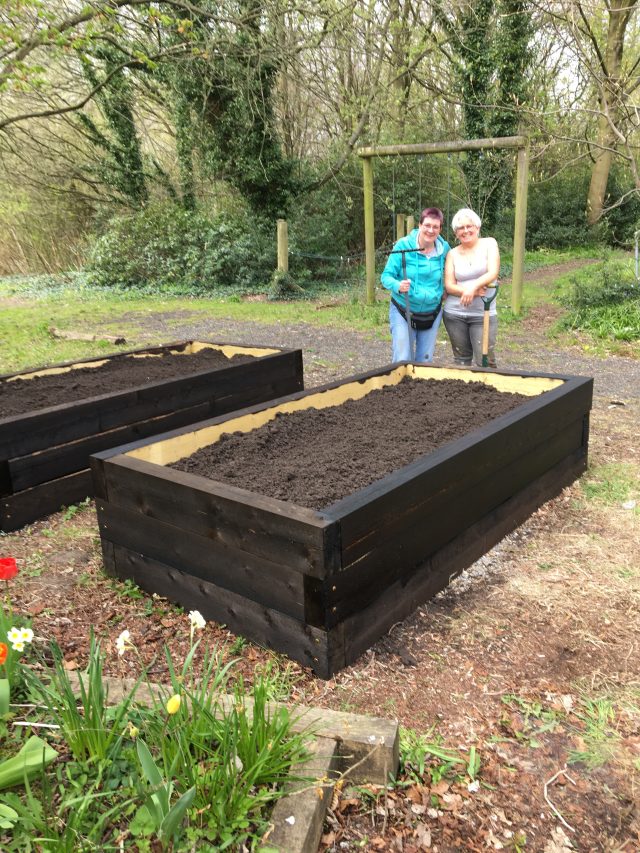 After placing an advertisement in the Your Local Bury magazine, others began to join us. Some had a little knowledge of growing vegetables, which was gratefully received. Our first crop of potatoes were proudly handed to Home-Start, however, nothing else seemed to be successful, apart from a few carrots. As more people began to join us, we started expanding our growing capacity, by turning some old flower beds and a sand-pit into planters. One of our new attendees managed to obtain four small planters for us, and some old tyres and some trellis became an ideal way to grow beans and peas.

Of course, not all our members come to join in with the growing of vegetables, many just come for a chat and a laugh which, during the colder months, takes place in the chapel hall.

At present, we are planning to construct a small polytunnel from plastic bottles and cane, and have acquired a large enough grant to be able to construct three more large planters, which will house the potatoes which are presently being chitted, and the other seeds which are being propagated at present.

With donations of books and magazines on growing, we are starting to find our feet and feel more confident of a more bountiful harvest for 2022.

Stand Incredible Edible, at present, meets on a Thursday 1pm to 4pm.”